ActivTrak offers cloud-based employee monitoring software that allows organizations to understand how their employees get work done. ActivTrak provides aggregated data that quantifies employee productivity, so employers and managers have the insight they need to improve employee performance as well as keep track of sensitive internal information and improve operational efficiency.

We have been working with ActivTrak as a remote development team since July 2016. 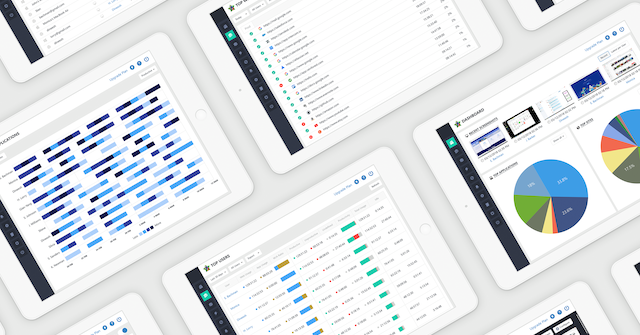 In July 2016, we signed a contract with Birch Grove Software Inc. as a remote development team for ActivTrak. We connected at that moment when ActivTrak’s frontend «moved» from jQuery to the Angular framework. At that time, the service had a lot of bugs and our main goal was to give the project stability.

While there was little trust and we got to know each other with the customer, we were mostly trusted to fix bugs and implement small features. However, the customer team quickly appreciated our professionalism and initiative, and soon we became full participants in the development process. So, one of our first initiatives was a change in the build and release process. Then we made a lot of suggestions on refactoring code at the data access layer, which ultimately led to a significant simplification of work with databases (there are several different kinds of them) and improve the service’ performance.

During this long time working on ActivTrak, we have implemented dozens of projects: very large and very small, visible to each user and hidden deep in the depths of the system. Some of these projects are worthy of separate independent case-studies. 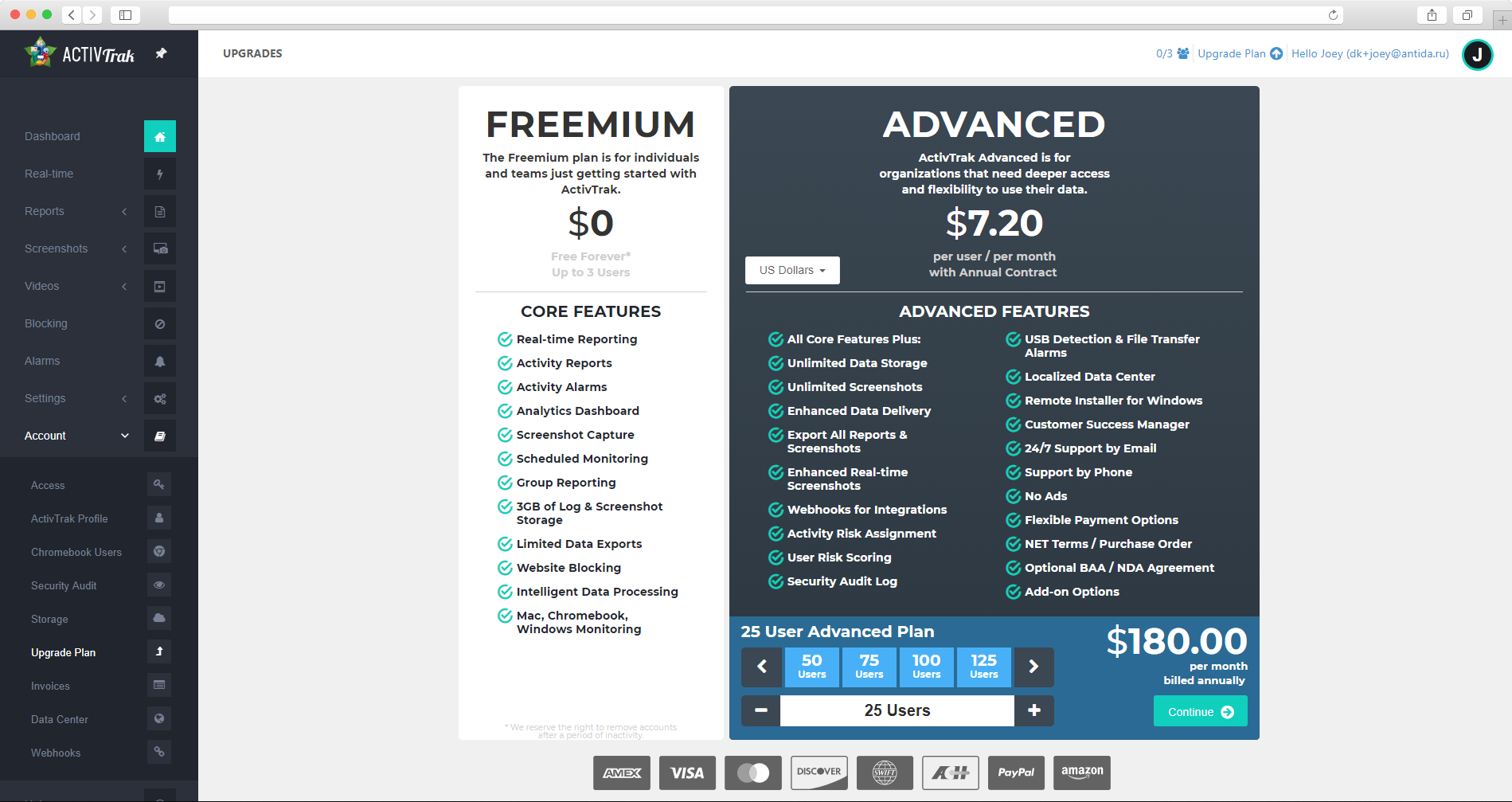 Support integrated with Zendesk. It allows users to talk with technical support directly from the service interface, to create automatic tasks for transferring account data from one data center to another. 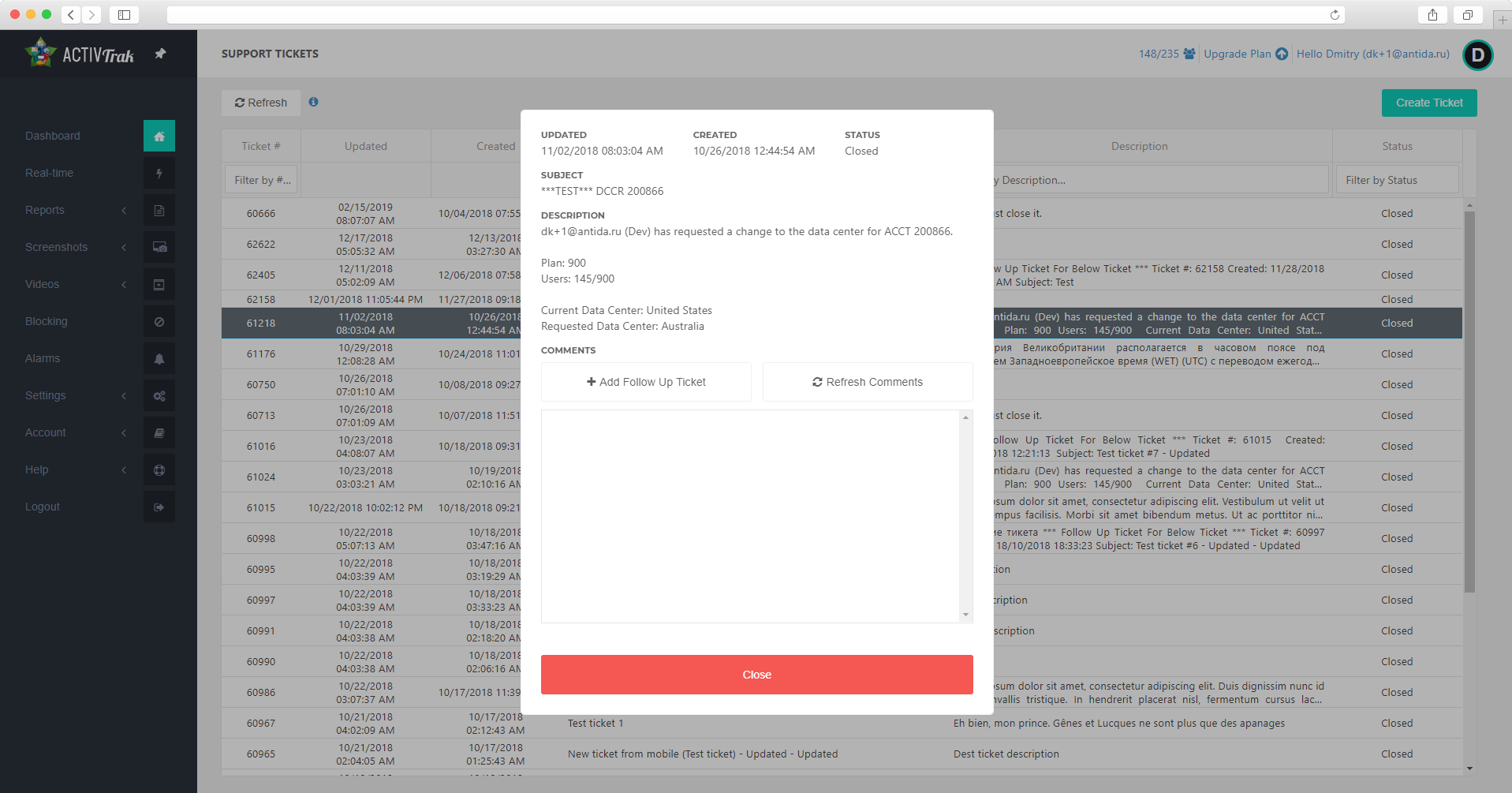 Users report with Activity Timeline. Allows users to see the activity of a particular user in a specific period of time in order to evaluate its productivity. 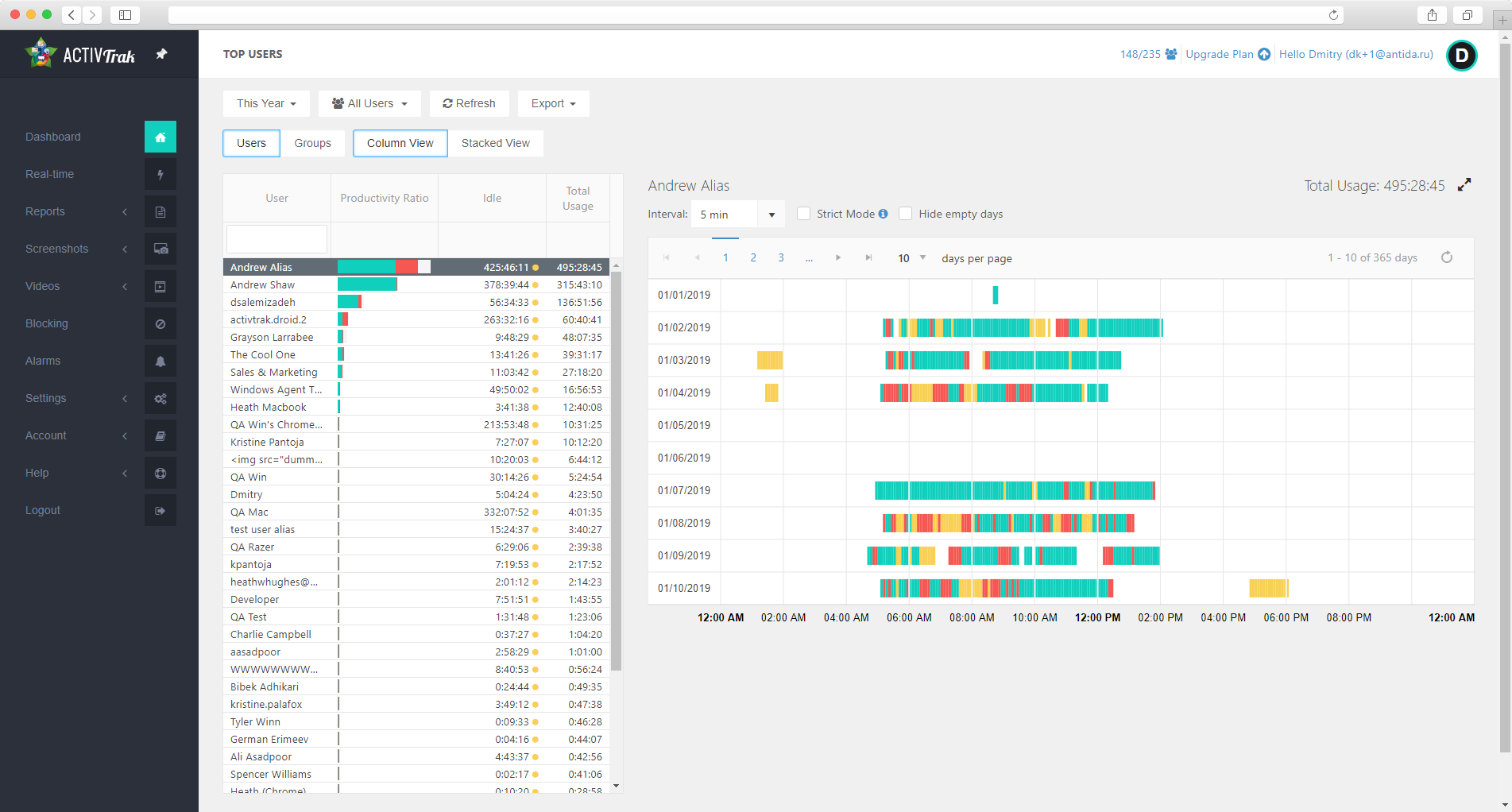 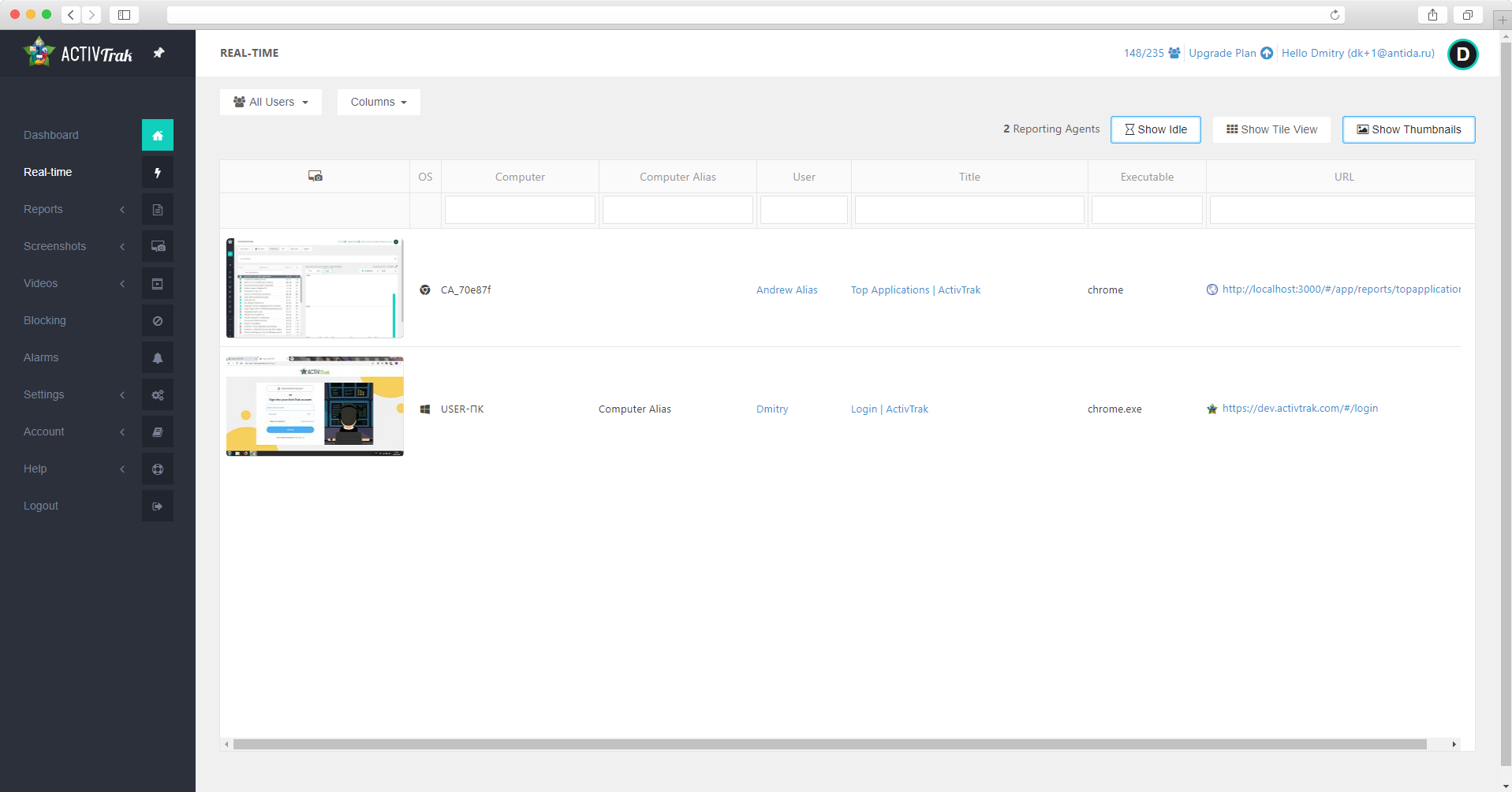 Weekly digest. Service for building and sending weekly email reports with all key metrics about the team’s work for the week. 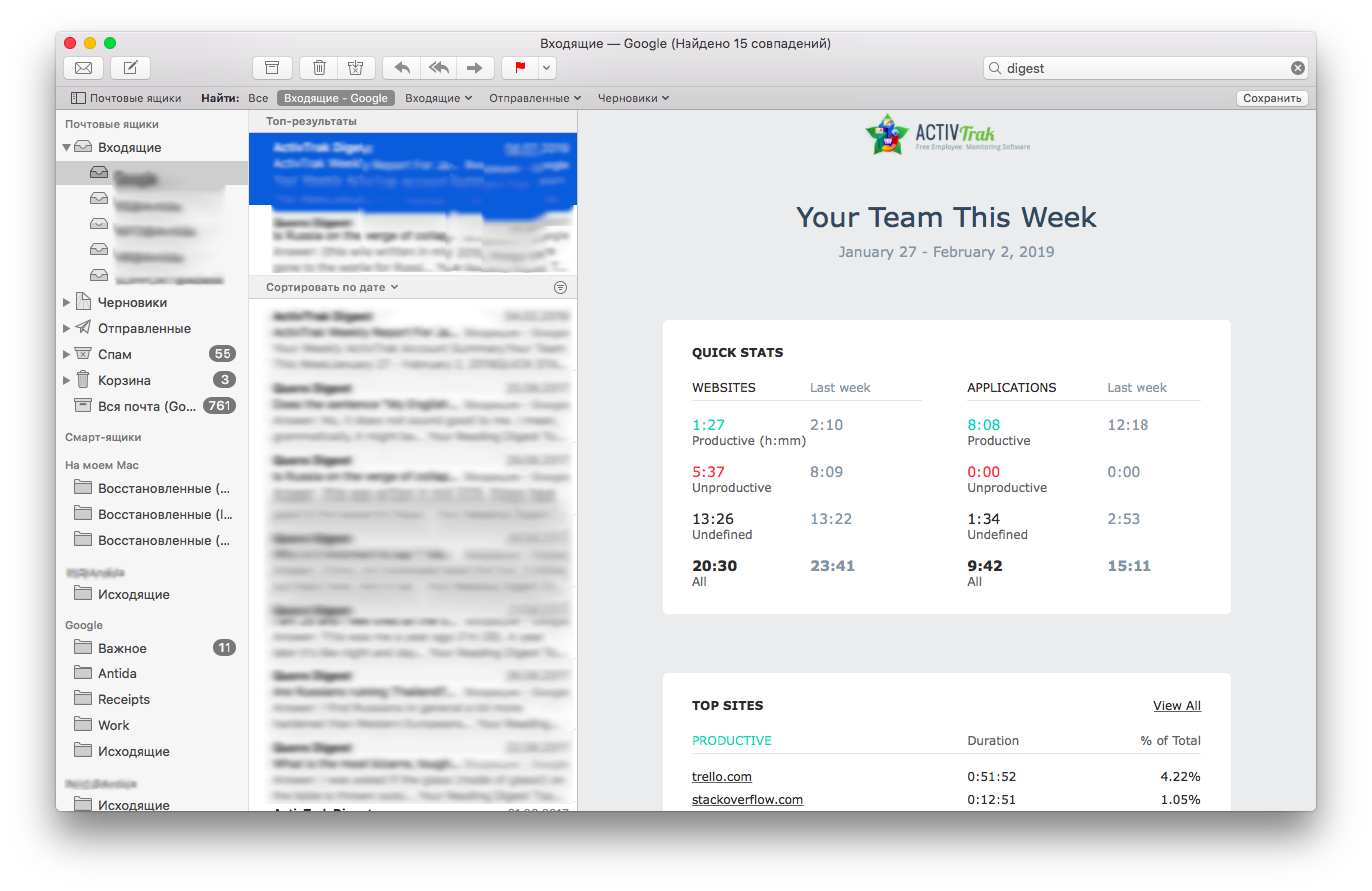 In addition, we have implemented a lot of large and important infrastructure projects that are hidden from the eyes of users, but ensure the full operation of the service. Here are some of them: 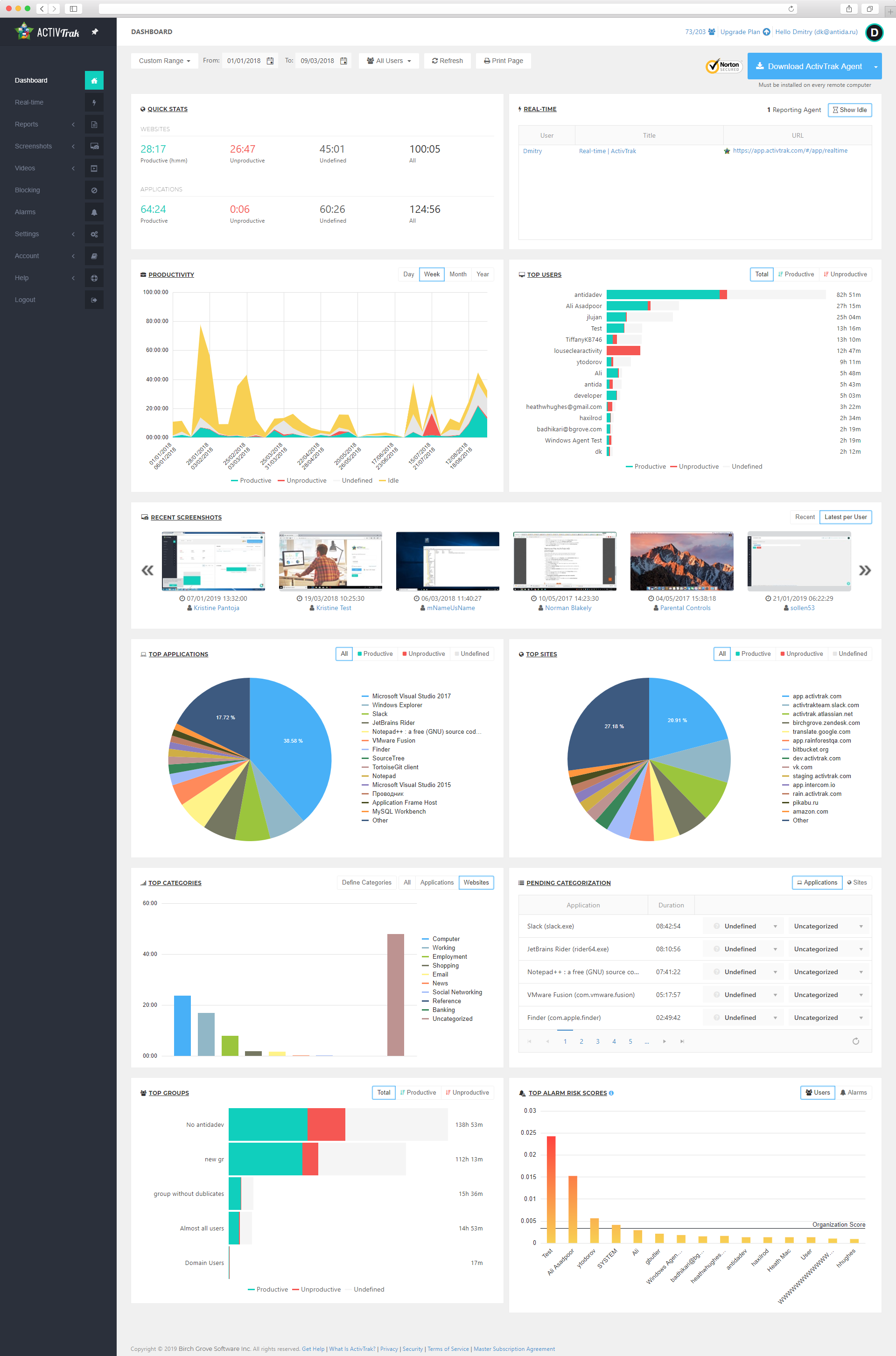 In March 2019, ActivTrak raised investments worth $20 million from Elsewhere Partners.

We are very proud of this project, we are still working on it and we are doing it better day by day. 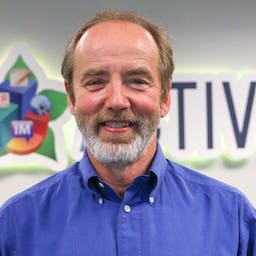 “ The group at Antida has provided service beyond anything we expected from a remote development team. These highly skilled developers and testers communicate with our local team as if they were halfway across town rather than halfway around the world. I am impressed with their ability to digest our requirements and blend into our workflow. They are capable of providing valuable input on implementation issues as well as design issues without complicating our vision. Overall, this relationship has been a huge boost to our productivity.